It’s been a while since I posted a concert review. And nope, this blog post isn’t one neither. Therefore, it isn’t neutral enough. But wtf, I have no boss, no record company, not even a proofreaders who will give me a hard time. This used to be much different back in the nineties 😀

Back then I worked for a small independent Belgian record company. As every independent they struggled and are still struggling and barely can survive the MP3 era. I worked my ass off en felt terribly responsible for “my” artists. That used to be mainly people from the so-called world music scene. World music was hot in the nineties thanks to people like Ry Cooder who introduced to Western world to the Buena Vista Social Club and broadened our musicalal horizon.

My 2 bosses never did proper promotion. So the job had to be built up from scratch, with just a little money but lots of passion. This means: sending promo copies to the press so that they can write critics, going to radios and try to make them play your artiest, organising promotional days when there’s a new album coming up etc.

As a small independent label we had to work and scream twice as hard to be taken seriously. I remember de arrogance of some music programmers. We were laughed at by the commercial radio for being not commercial enough and not taken seriously by alternative radio (for being too exotic).

A part from “exotic “music we also distributed a few jazz labels. Candid Records was one of them. That was and still is owned by Alan Bates. Alan is an old style music businessman, with a passion for jazz and jazz musicians. He’s 86 now and still active in the business. He won the “Services to Jazz “award at the 2008 BBC Jazz Awards.

One day back in 2002: another day at the office. London calling.

Marc invites us to come and listen to a fabulous new artist they signed just recently. He’s young, he’s handsome and he’s busted with talent. That’s what Marc said.

A couple of days later, I’m in the train to London, little bit sceptical. It’s not the first time that record companies overstate new artists 🙂

The venue is great, really Londonean (how do you say this in proper English??) and the atmosphere is nervous, filled with tense expectation. I’m expecting too, my second child, but this I didn’t know.

First we listen to Bill Nighy, who is nowadays a really famous actor (remember Love Actually??) but back than he was known for a hit he made in the eighties.  I remember him not being a great singer, but that didn’t matter, the song sucked too, but he had the attitude.

En then it is time for the special guest. The tension is getting even stronger.

Then Jamie enters on stage, completely relaxed (or so it seems): a young man, no a boy, definetaly still a boy. Already wearing his typical “just came out of bed” look. He sits down behind the piano and starts to sing.  And here’s the moment: that magical moment in which you understand why you are doing this job and why you love it that much. The gut feeling, the chicken pocks. The magic.

Jamie Cullum, with his only 21 or 22 years of life experience sings jazz standards as he had written them himself. Here’s an artist at work: he can not only play the piano divinely but he’s also an excellent singer and performer, he knows how to choose his musicians (Sebastiaan De Krom on drums!) en gives all he’s got in a concert I will never forget. The public loves him.

It was the first time I saw Jamie and of course I knew a star was born. But then again, you are never certain and you don’t become a star just like that. You have to work for it, dear reader.

I remember one of my first conversations with Jamie in which he asked me:

“Nathalie, did you ever play the piano so long and so hard, your fingers starting to bleed?”

That’s one of the reasons  he’s a performer and most of us aren’t.

A few weeks later, Jamie and Marc come to Belgium to do some press promotion.  I managed to have a couple of radio’s to play his single “I want to be a pop star” (listen to it: here) and some journalists will make an interview with this artists they never heard of. But it was difficult, I admit. I am assisted by Heidi, the girl who will take over my job, with whom I started to be friends (for life I hope). What was also great is that Jerome, a Radio 21 radio programmer believed in Jamie and ask him to play his version of Radiohead’s High & Dry live on the radio.  Cool.

In the evening I drove Marc & Jamie back to the airport. They were flying Ryanair at the time (yes!) and I had to drive all the way to Charleroi. And (another yes!) even back in 2002 there were already huge traffic jams. So yes again, we missed the last plane to London. I finally managed to find a lousy hotel in the suburbs of Charleroi so they could take a flight back first thing in the morning.

They weren’t even mad at me, something for which I’m still grateful.

A year later, Jamie signed with Universal and the rest is history.

Two years ago, I saw Jamie in concert for the first time since 10 years. It was at the Jazz Festival in Juan les Pins. It is still one of the best concerts I ever saw. The intensity Jamie and his band show on stage and their communication with the public is rare.

And last week there was this concert in Berlin’s Heimathafen. A fantastic venue, very old school, wooden floors, balconies… A kinda try out concert for Jamie’s new cd. Or so I thought.

The band must be exhausted, because I heard that the day before they had to perform with Jools Holland and you cannot refuse Jools, can you? Even if you have to book a return flight to London when your touring in Europe.

“Momentum”, the new cd is coming out in May and that’s why Jamie likes to perform in smaller clubs. My daughter and I had a chance to be there thanks to Marc (thanks again M!).

It was years ago, what do I say, a LIFE ago that I had the chance to be on a guest list. I was thrown back into my past immediately. My daughter L., is completely amazed when she got to wear a yellow bracelet with gives us access to the balconies.

When we are sitting in the nice and cosy bar upstairs, drinking a beer, a girl gives us two tickets for free drinks. If you work in the business you find this completely normal. But seriously it is not. I realise that now, when I look at my daughter and seeing how happy she is. She didn’t consume her drink; I suppose she still got the ticket. I’m afraid I drunk mine 🙂

The supporting act consists of 2 lads whose names I didn’t understand. Very good musically speaking and the German public are excellent and willing but they are not that communicative and I miss the generosity, the contact with the public. Stress maybe? Pity.

And then is time for Jumping Jamie Flash. He jumps on the stage as he always does and the public is ready to follow him on his musical trip wherever that may go.

“The Same Things” is a new song and a great one to start with: very rhythmical, energetic, and generous.

Jamie isn’t the boy I met 10 years ago. He is now father of 2 children and married with the granddaughter of Roald Dahl (how cool is that hu!).

The set is not really very constructed. What I mean by that is that the set is nearly completely improvised. Jamie never ever plays with a set list, he listens and feels the public and he reacts to that. Must be hard for the musicians but apparently they happen to love it. “It is different every time and it keeps us very much alert, we love it even though we obviously miss a lot of times” Says Chris Hill, the bass player. All the musicians also play in other bands.  The fact that there’s no fixed playlist gives Jamie a lot of freedom and enables him to keep in touch with the public.

My favourite moments are often the improvised solo’s, often very very jazzy even if his repertoire is getting poppyer.  “All over it now” sounds good and the new single (or so I think) “Everything you didn’t do” is a great pop song.

I am a bit surprised that only half of the new record is being played but then again: that is no real suprise really. “The Pursuit”, his last album was already very poppy and “Momentum” continues in the same direction.

Although most of the set is up-tempo, there are some ballads too. I am not a ballad person unless there are made of the right stuff and usually, with Jamie, there are.

When I meet him afterwards in the lobby all I can say is: 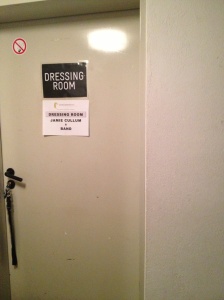 I know I know I’m being far from original but this is exactly how I felt and I meant it from the bottom of my heart.

And my daughter? She’s on cloud nine: drinking beer with the musicians, getting a big hug from Jamie, a fantastic concert. Can it get better than this?

Upcoming album: “Momentum” out on May 20

English version in a new blogpost 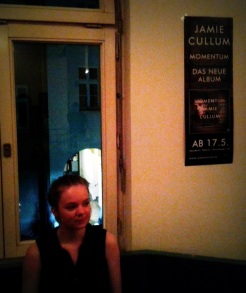 Upcoming album: “Momentum” out on May 20 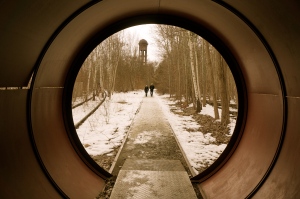 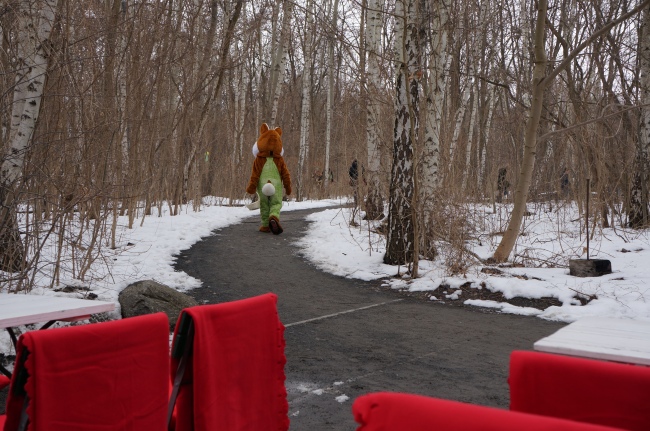